If you want to expand your taste buds, check around and see if there is a West African restaurant near where you live. Western African food is flavorful and varied and is a cuisine that should be celebrated and enjoyed by many people. Here are a few dishes you may want to try.

One of the staples of West African cuisine is jollof rice. Basically, jollof rice is a tomato-based dish that also includes hot peppers and a little ground fish powder. The recipe for jollof varies from one region of West Africa to another, but almost every area has its own version of this recipe, so the taste of this dish could vary from one restaurant to the next that you try it at.

Peanut soup is referred to as mafe in many West African countries. Just like the jollof rice, each country has their own little twist that makes the peanut soup completely their own creation. Peanut soup gets its name from the peanut paste that is at the base of the soup. In addition to peanuts, this soup may also include onions, okra, or tomatoes. Peanut soup almost always has meat in it, with goat, chicken, and beef being three popular meets that are used in this soup.

Peanut soup is often served over white rice instead of eaten by itself.

As a main dish, soya is a popular meat dish. Soya is West African street food that goes by other names such as tsitsinga, chichinga, and souya. It is grilled meat that is coated with a spicy flavoring before it is grilled. Once it is cooked, it is served on a long stick, kind of like how a kabob is served. The long stick is to make the meal easy to eat, as soya is popular street food, made to eat on the go. It is a barbecue-style food that is popular not just as street food, but as barbecue food when friends and family gather together.

Kele wele is a dish that is more specifically from the West African country of Ghana. It is a very simple, but delicious dish. It consists of plantains, which are then covered up in a specific spice mix and fried before being enjoyed. Roasted groundnuts are often served alongside this dish. This dish's recipe may sound simple, but it offers complex and enjoyable flavors.

West African cuisine has numerous dishes that you can enjoy if you just give the cuisine a chance. Some of the more popular dishes include jollof rice, peanut soup, and soya. These are dishes with many regional variations that are always satisfying to try. To learn more about menu options, visit a local restaurant or check out websites like fusionvibes.com. 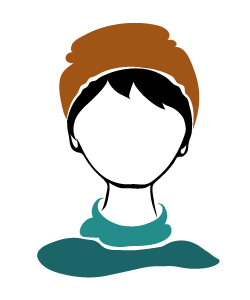 3 Questions To Ask Banquet Venue Managers
11 January 2023
When planning an event for your work, you need to make sure that you&nbsp;find the appropriate space. That means looking for banquet venues that will …

Two Low-Sugar Acai Bowl Recipes
28 October 2022
Acai bowls are delicious. They're fruity, a little bit tart, and loaded with healthy ingredients like fruit and seeds. Sometimes, however, the acai bo …

What You Can Expect From A Well-Established Local Restaurant
16 August 2022
If you're looking for a restaurant with great food and exceptional service, you'll want to check out an established local restaurant. Most of these ea …